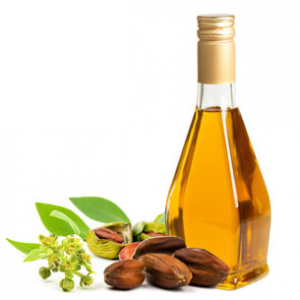 Wait What? Is it really, that similar to the oil that our skin naturally produces? Is the reaction we get when we tell people that Jojoba oil is structurally and chemically very similar to the oil produced by our own skin. During the 18th century, the importance and versatility of jojoba was discovered by the Native Americans on the Baja California peninsula. In those days the indigenous people used jojoba by first heating it and then using a mortar and pestle to create a salve or buttery paste. It was then used on skin and hair for its healing and conditioning properties. Jojoba is now predominantly used in skin care products for, it is loaded with vitamin E, essential fatty acids, antioxidants and anti-inflammatory properties, making it one of the top choices for your skin.

Just like its color, jojoba oil is considered golden in skin care, for its antibacterial, non-toxic, non-comedogenic and non-allergenic properties. So, it was a no-brainer when it came to deciding on ingredients for Pyore, which would be incomplete without incorporating jojoba oil in it. Now, folks with oily skin might wonder, why they should use more oil, on top of their already oily skin and clogged pores. To their relief, jojoba oil is so similar to the skin’s own oil, that it can trick your skin to believe that it is making enough oil, and doesn’t need to produce any more. Oh, did I forget to mention that it also has a mind of its own.